Who Is Ernő Rubik?

He invented the Rubik’s Cube. Did you know Ernő Rubik is Hungarian?
​
Ernő Rubik (born July 13, 1944), is inventor, architect and professor of architecture. Most of us know him as “the Rubik’s Cube guy.” He called his invention ‘The Magic Cube’.

Rubik, beyond his work as a master toy inventor, promotes science in education. His fame as an inventor has allowed him the ability to be involved in organizations which engage young students in science, mathematics, and problem solving.

Rubik invented it in 1974, during the oppressive Communist rule over Hungary. It wasn’t produced until 1977 by Politechnika, a Hungarian toy company. Ideal Toys brought the toy into major production in September of 1978. In 1979, Seven Towns Ltd., a London-based company, worked with Ideal to market the toy. Finally, in May 1980, Rubik’s Cube got its name and started to be exported from Hungary.

A Rubik’s Cube is 3x3x3 cube, with a color on each side. Each of the six faces is covered by nine stickers, each of one of six solid colors: white, red, blue, orange, green, and yellow. The idea is to twist any side to rearrange the colors so that each is left with a solid color.

​Is a Hungarian friend of yours having a name day, or would you like to give a little gift with, ahem, a Hungarian twist (we couldn’t resist!)? Then maybe a Rubik’s Cube is the gift for them. Not only does it offer the same kinds of intellectual challenges as chess and Tetris, but it also conveniently slips into a bag or purse. This toy has swept onto the toy shelves for good. It is also recommended as a vacation gift — it makes a long drive go faster!

Now, made popular again in Will Smith‘s movie, The Pursuit of Happyness, Rubik’s Cube is enjoying new fame.

1978 – Budapest International Trade Fair, Prize for the Cube
1980 – Toy of the Year: Federal Republic of Germany, United Kingdom, France, USA
1981 – Toy of the Year: Finland, Sweden, Italy
1982 – Toy of the Year: United Kingdom (second time)
1982 – The Museum of Modern Art, New York selected Rubik’s Cube into its permanent collection
1983 – Hungarian State Prize for demonstrating and teaching 3D structures and for the various solutions that inspired scientific researches in several ways
1988 – Juvenile Prize from the State Office of Youth and Sport
1995 – Dénes Gabor Prize from the Novofer Foundation as an acknowledgement of achievements in the field of innovation
1996 – Ányos Jedlik Prize from the Hungarian Patent Office
1997 – Prize for the Reputation of Hungary
2007 – Kossuth Prize the most prestigious cultural award in Hungary
2008 – Moholy-Nagy Prize – from the Moholy-Nagy University of Arts and Design
2009 – EU Ambassador of the Year of Creativity and Innovation
2010 – USA Science and Engineering Festival Award (Outstanding Contribution to Science Education)
2010 – The Hungarian Order of Merit Commanders Cross with the Star
2010 – Prima Primissima Prize
2012 – My Country Awards
2014 – Magyar Szent Istvan Rend (“The Order of Saint Stephen” – the highest medal awarded by Hungary)
2014 – Honorary Citizen of Budapest

How fast can you go? 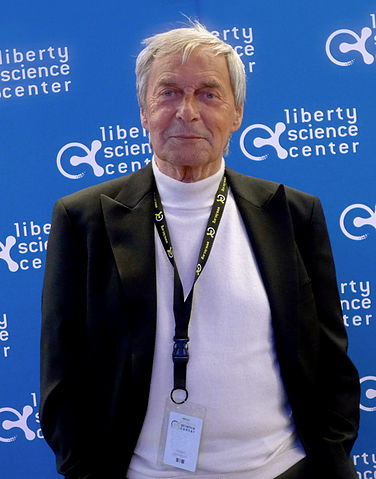