Winner of the Man Booker International prize for his “achievement in fiction on the world stage.”

László Krasznahorkai is a Hungarian novelist and screenwriter who is known for critically difficult and demanding novels, often labeled as postmodern, with dystopian and melancholic themes. Several of his works, notably his novels Satantango (Sátántangó) (1985) and The Melancholy of Resistance (Az ellenállás melankóliája) (1989) have been turned into feature films by Hungarian film director Béla Tarr.
(source: Wikipedia)

George Szirtes, his translator, has called his writing a “slow lava flow of narrative, a vast black river of type.”

Man Booker says:
What strikes the reader above all are the extraordinary sentences, sentences of incredible length that go to incredible lengths, their tone switching from solemn to madcap to quizzical to desolate as they go their wayward way; epic sentences that, like a lint roll, pick up all sorts of odd and unexpected things as they accumulate inexorably into paragraphs that are as monumental as they are scabrous and musical.

2013: The Bill: For Palma Vecchio, at Venice (Sylph Editions – The Art Monographs) Translated by George Szirtes

Everything you need to know about László Krasznahorkai, winner of the Man Booker International prize (The Gaurdian) 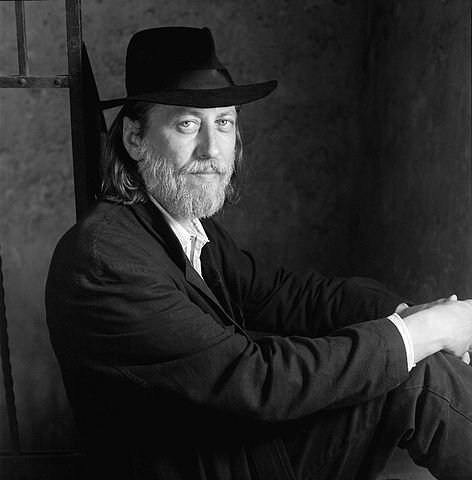