“Love” (“Szerelem” in Hungarian) is not a perfect movie, as much of its value remains in the 1970s, when Communist still reigned feebly in Hungary. There is an art house tone to some of the camera shots, making it less accessible to the popular moviegoing public. Despite this, “Love” evokes core human questions, and shows a resolution that is passionate in its subtlety.

The conflict is quiet: can love survive during dark times? Can a daughter-in-law love her mother-in-law as she lay dying? Can the wife love her husband, stolen into prison by the government? If he is released, with she love him as she loved him before?

Set in Budapest, largely within the mother’s bedroom, the movie examines the challenge of committed love.

Luca is a long-suffering daughter of her dying elderly mother-in-law, and wife of Janos, imprisoned for a minor political action in the severe Communist-era Hungary.

Lili Darvas, who plays the bedridden mother, pulls off a difficult role with complete persuasion. Her mannerisms and nuances are convincing, and she maintains this throughout the movie. Her son Janos is in prison, but she is told by Luca otherwise.

Mari Torocsik, as Luca, has a wry Valerie Bertinelli look with twice the intelligence. Her husband is in prison, but she concocts an elaborate story about his success as a film maker in New York. Her facts about the USA are not all correct, but her effort to help her mother-in-law believe is creative and strong.

As the mother’s days grow bleaker, Luca struggles to keep her spirits up. Her own loneliness aches on, and, if were not for the support of the mother’s housekeeper, Iren, may have given in long ago.

The anti-Communist subtext does not dominate the film. Rather, the repression of Communism is presented as a simple reality. Homes get taken away when the person dies or loses a spouse. People are fired because of the spouse’s actions. There is no real opportunity to do more than survive. None of this is shouted loudly, but is organic to life in Hungary at this time. 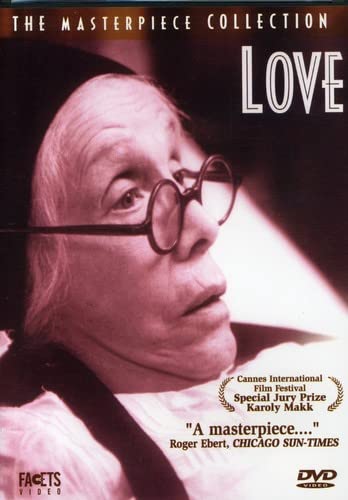